Advice to New Graduates from a Recent Alum

When I graduated from Tampa Prep way back when this year’s illustrious class was matriculating from Kindergarten, I was the last graduate by virtue of my last name. Mr. Shepley dismissed us out into the parking lot before I had even taken my seat from receiving my diploma and I led the way out into the blinding June daylight. For a moment before my ebullient classmates followed me I was completely alone.

And that is my advice. Not to literally try to bolt out the doors of Tampa Prep as fast as you can, but to find a period of time in the next four years to be completely alone. When I was looking ahead to college I was envisioning a sunny quad filled with adult beverages and a cavalcade of new friends. I learned a lot from my peers at USC and the professional experiences I had in college. Where I really forged an identity however, was moments of solitude when the only voice I could hear was my own. 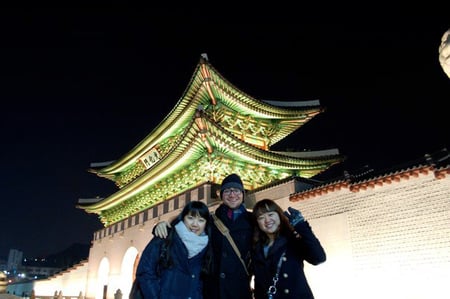 Shortly after graduating from college I was a struggling actor stringing together day jobs to pay rent, leaving space in my schedule for potential auditions that never filled that space. So when a job directing musicals in South Korea came up, I lept on it. Every day I was surrounded by a cast of 50+ children around me diligently learning the words to Mamma Mia! in a foreign language. It was a truly surreal scene to be on the other side of the Earth helping 11 year olds belt out Dancing Queen. I had people around me, but I was on my own as far as the actual directing, choreographing, and logistics of this show.

At first I heard voices in my head decrying the process that had lead me to being all alone directing this musical, unqualified and under prepared, and heard the impulse to just let go and not care if the show was a disaster - my paycheck wouldn’t be affected. Then something familiar whispered in my ear - a higher purpose than self. This production wasn’t about me, it was about the education of these students for them to learn English. Once I set that framework in my head, the how fell into place. For me, it was those lessons from Tampa Prep that filled the void when I was solo for the first time.

The voice you hear will likely be different than mine, it probably won’t be Tampa Prep - but get out there, get alone, you need to hear it.