This past weekend Tampa Prep theatre put on a production of Curtains, the Musical. Curtains is a murder mystery show within a show with the perfect amount of comedy and mystery.

As the cast struggles to sell their rewritten production of Robin Hood, they are forced with the death of their horrendous star. The cast works together to make the show as good as ever while emphasizing the importance of love and friendship. 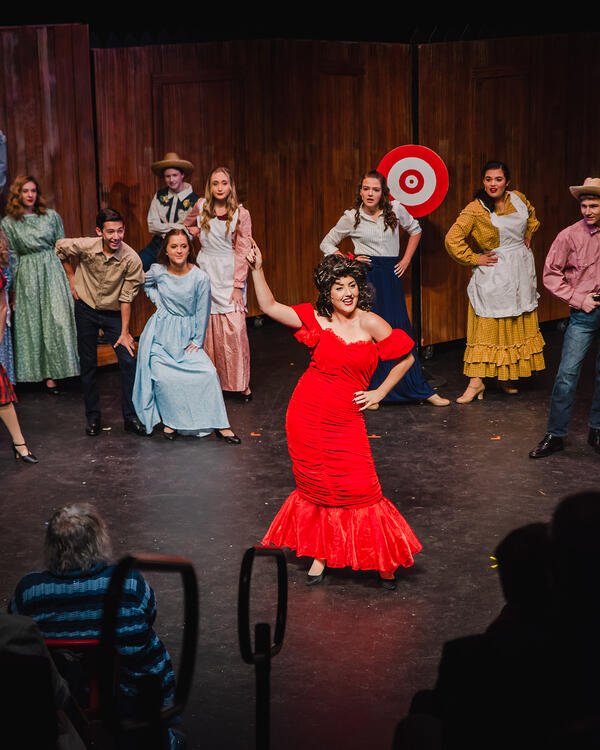 Tech Theater students created the show's sets by repurposing, repainting and reconfiguring some pieces from last year's production of Into the Woods as well as creating some new pieces.

"Our Tech Theatre teacher/technical director is a genius, and sometimes we'll be making something and be doubtful, but everything he comes up with looks fantastic in the end," says Assistant Stage Manager and tech theater student Kate Isé '22.  "The sets that we did create, were sets for the show within the show. Every room in the set was made of the same pieces so in between scenes we could just turn them to the other side."

Despite being a relatively easy set to build, there were a significant amount of set changes and general tech that was challenging for the technical crew. "As well as the set pieces, the curtains were extremely important, as you may have guessed by the title of the show," says Isé. 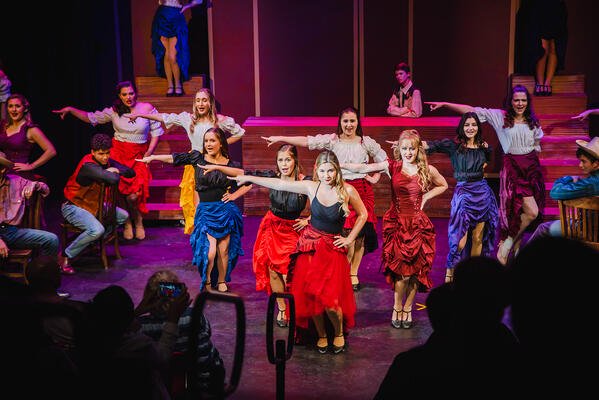 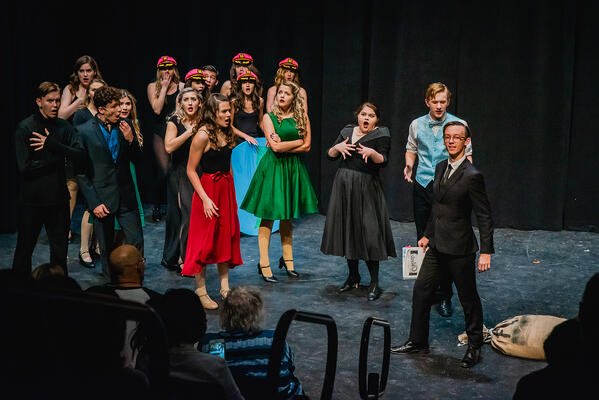 The fall theater production of Steel Magnolias only had a cast of six, so the 30-person cast for Curtains required quite a bit more blocking and choreography. 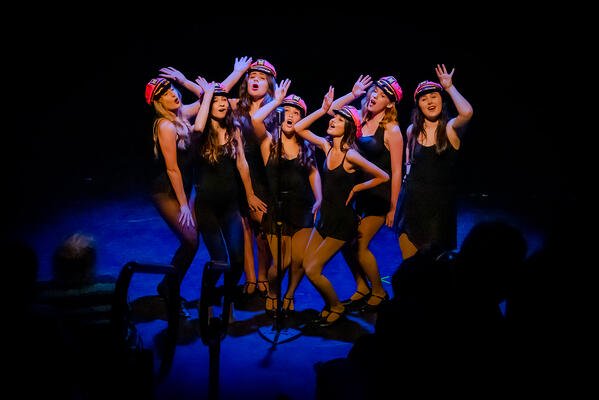 "One of the things I love about Tampa Prep theatre is the thin line between tech and talent," Isé says. "Not only are the actors super social with the tech people, but we even had someone in our tech theatre class who acted in the show! It certainly makes it more fun to be an Assistant Stage Manager or work set crew when everyone back stage is a friend.
I remember my freshman year every time there was a social event I assumed I wasn't invited because I wasn't an actor, but the theatre community at Tampa Prep is so welcoming. Every Saturday night show they expect everyone to be at Steak n' Shake afterward--one of the best traditions.