Olympic medalist and winner of both the Boston and New York City Marathons, Meb Keflezighi,  spoke to Tampa Prep’s Cross Country team on Tuesday, Oct. 6. Meb has ties to Tampa--his sister lives here and it is where he met his wife--but he came to the school through the connection of Tampa Prep Board Member Mike Bedke, who is also the father of Cross Country team member Wyatt Bedke ‘22. 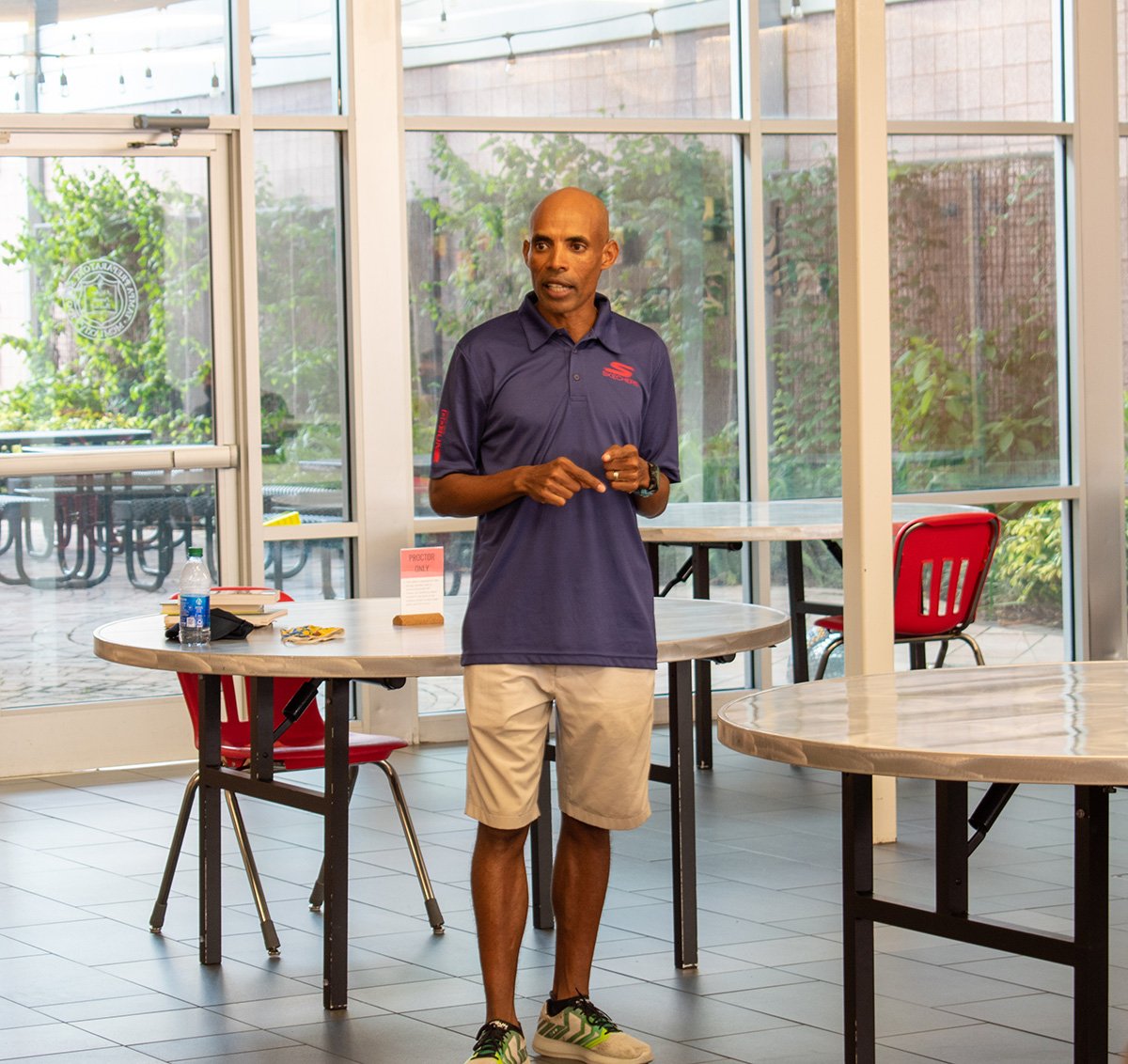 1. What daily routines do you keep outside of training for your sport?
What did Meb do to support all those training hours? What were his nutrition and recovery routines? What is a typical day in the life of an elite athlete? Noland said, “When it comes to the training side of things, we’re always trying to work with our young chargers--those student athletes who push themselves so hard. I try to get through to them that recovery is just as important as training. We try to keep the easy days easy, and make the hard days hard, ignoring that middle ground--to truly rest on the easy days.

2. What does it mean to be a good teammate?
Running is viewed as an individual sport, but there is a team component to cross country. Noland asked Meb--who ran in high school, as a collegiate athlete at UCLA and eventually on Team USA in two separate Olympics--to talk about what it means to be a good teammate. For Meb, being on a team was a big motivator. This stems from his family where he was also part of a team as the youngest of six brothers. He stressed the importance of each individual knowing the role s/he plays in the dynamic of the team, and that “you’re doing it for others beside yourself.”

3. How can students harness their focus and mental preparation?
Runners at Meb’s level all appear similarly strong genetically, so it’s often the mental and emotional levels they are able to employ that ultimately leads to success. How did Meb ascend to the heights that he did? He gave the students some anecdotal stories of his upbringing in a small village in Africa with no electricity or water. When he was a young boy he never saw his father because his father was out working, trying to raise enough money to get his family out of Africa. Noland said, “It was a pretty poignant moment for the students to see that you can come from nothing and ascend to those levels. It just takes focus and grit.”

The best question, however, came from P.E. teacher and Athletic Trainer Andrew Sufficool, who asked Meb, “What would you--at 45 now--tell your 15-year-old self?”

Meb responded, “Believe in yourself. Believe that you’re worthy, and continue to work hard on what you want to accomplish in regard to your goals.” 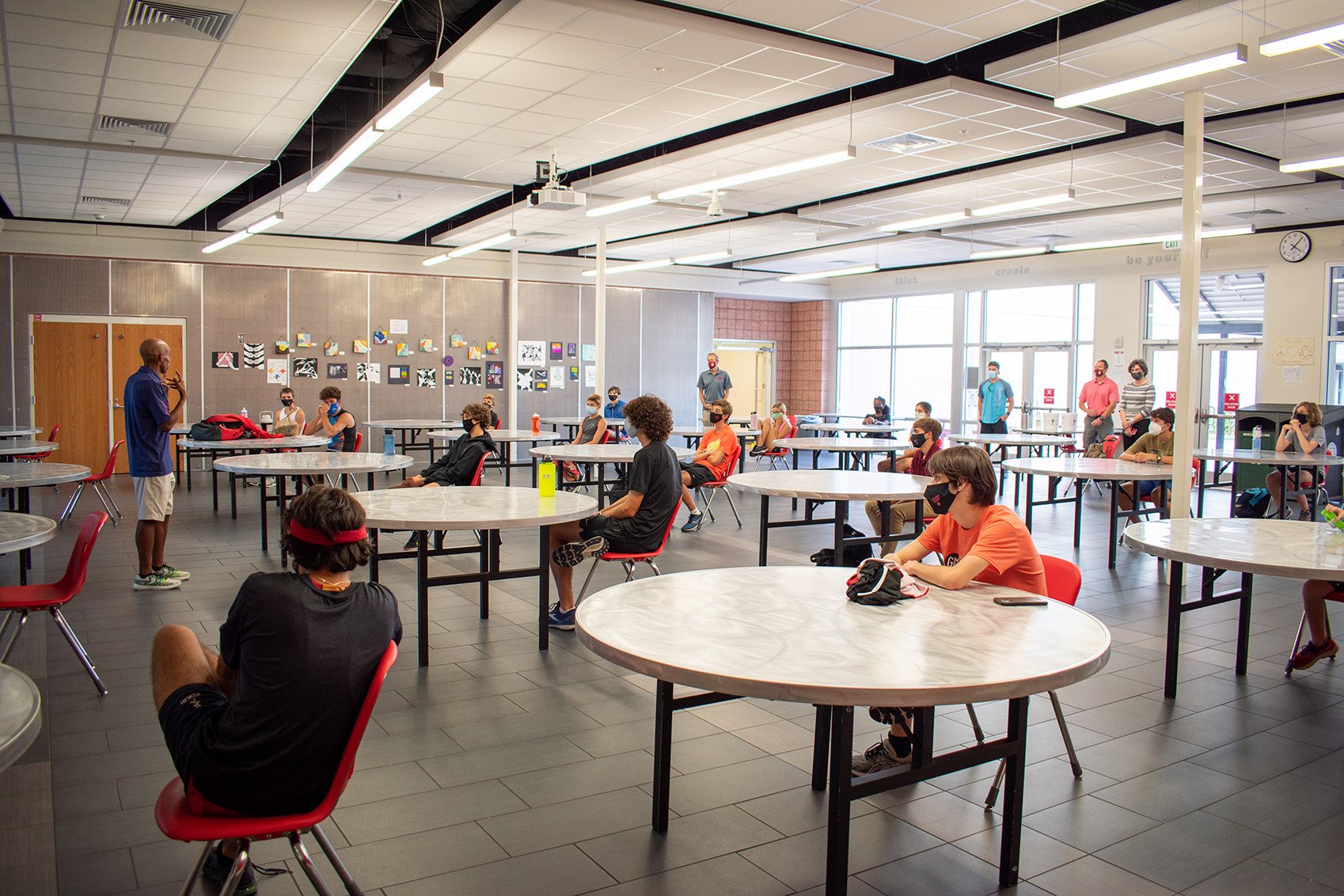