Tampa Prep's theater and technical theater classes put on their first show of the year February 25-27, 2021. Students were challenged this year to find a performance that allowed for social distancing, as well as acts that allowed for students to be able to practice in class on the same day (Tampa Prep is currently running a hybrid schedule, so only 50% of the students are on campus twice a week). The solution? Five distinct, short and sweet comedic one-acts.

Director David Mann said, "The 10-minute play as its own separate genre was developed largely at the Actors' Theatre of Louisville, one of the more important regional theaters in the nation. The form has been used to great effect in education, where it provides many substantial roles for actors and can be an effective way to give aspiring directors and designers practice before taking on full-scale work.

The idea is to create, in a very short period of time, a story with a beginning, middle and end, with fully realized characters, and a defined place and time. It's a tall order, but fun to aspire to whether you get there completely or not. Each time the lights come up and down, the intent is to bring you to a completely different world."

Actors wore their masks off-stage, taking them off only while on stage for each 10-minute play.

Odysseus Swims for It was performed by Grace Bailey, Aja Frazier and Zach Copeland 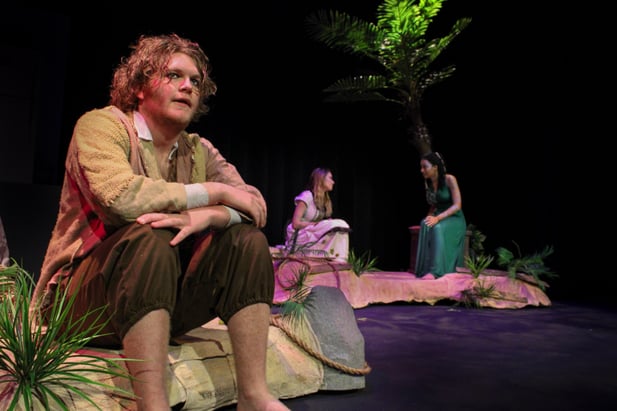 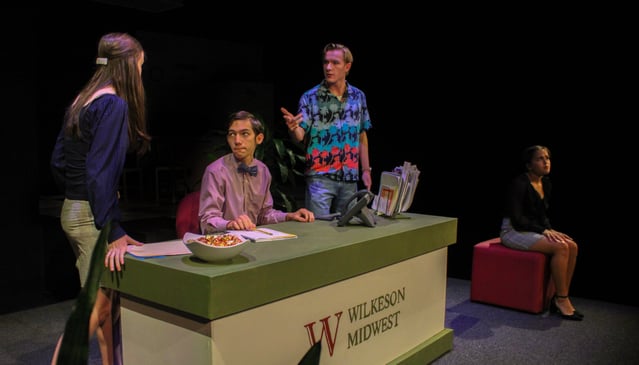 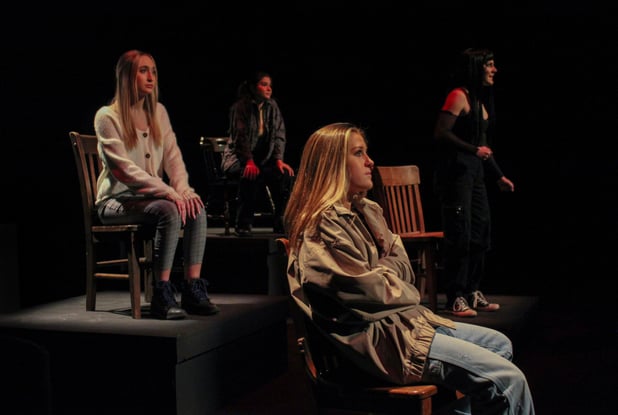 Kiss a Squid was performed by Dori Connors, Paige Foley and Aja Frazier