Born in Chicago, Fenlon arrived at Tampa Prep in 1983 and began as the head boys basketball coach. In the 36 seasons since, the University of Wisconsin-LaCrosse graduate has compiled nearly 800 career wins. In 2012, Fenlon led the Terrapins to their first state championship in boys basketball. He also coached in a state championship game four additional times and made nine appearances in the FHSAA Final Four. On the local level, Fenlon captured 18 district championships and nine consecutive Bay Conference titles. Of the 18 district titles, 11 were consecutive. In 2010, Tampa Prep named the School's basketball court after him.

Fenlon has mentored more than 40 former student-athletes who have gone on to play collegiate basketball, two of whom were on National Championship teams: Casey Sanders at Duke in 2001 and Andrew Kouwe with Syracuse in 2003. Of the 40, six of them eventually played professional basketball.

In his quest to improve the game statewide, Fenlon:

Additionally, he was chosen as:

We are so proud of you, Coach! 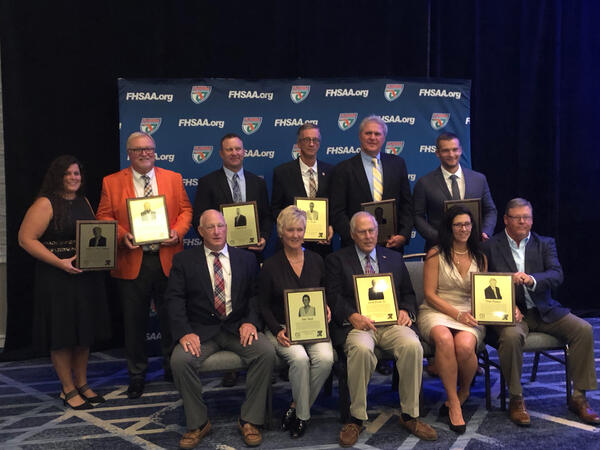 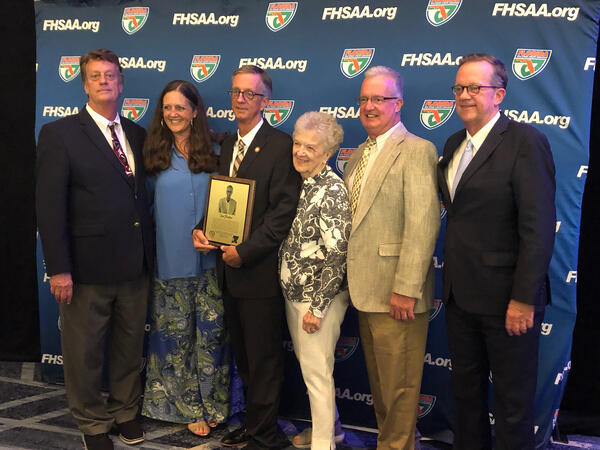 Coach Fenlon and family members after the induction ceremony