Zach Ingrasci of Optimist Films (formerly known as Living on One Films) visited our campus to speak with students about his latest film, Salam Neighbor, during an all-school assembly.

Salam Neighbor is an award-winning film and campaign that sheds light on the refugee crisis in Syria. Zach and his friend Chris Temple were the first American filmmakers allowed to be registered and given a tent inside of a refugee camp.  The men lived with 85,000 Syrian refugees at the Za’atari Refugee Camp in Jordan for one month while making the film. Salam Neighbor captures the stories and reality of their new tent neighbors who lost family, homes, security and schooling when conflict began in Syria. Their experience takes an intimate look at the heartbreak and hope on the front lines of the world’s most dire refugee crisis.

Zack’s previous visit to Tampa Prep was a wild success, generating great conversation and reflection, and this visit proved just as thought-provoking as he asked students to consider the questions that sparked his journey to Jordan:

All students had the opportunity to ask Zach questions about his experience in a more intimate setting later in the day. During a breakout session with sixth grade students, Zach asked the audience if they felt sad or inspired after watching the film and when students chose a side, he then asked them to share their reasons why.

Zach also visited students in our Advanced Film class where he made a tremendous impression. Our students were able to ask technical questions and get real world advice from a professional not too much older than them. This was inspiring in a number of ways. Zach's ability to tell stories and tackle serious subject matters, while maintaining hope in his discussions with our students, that set a great example. He was truly inspiring for all of our students. 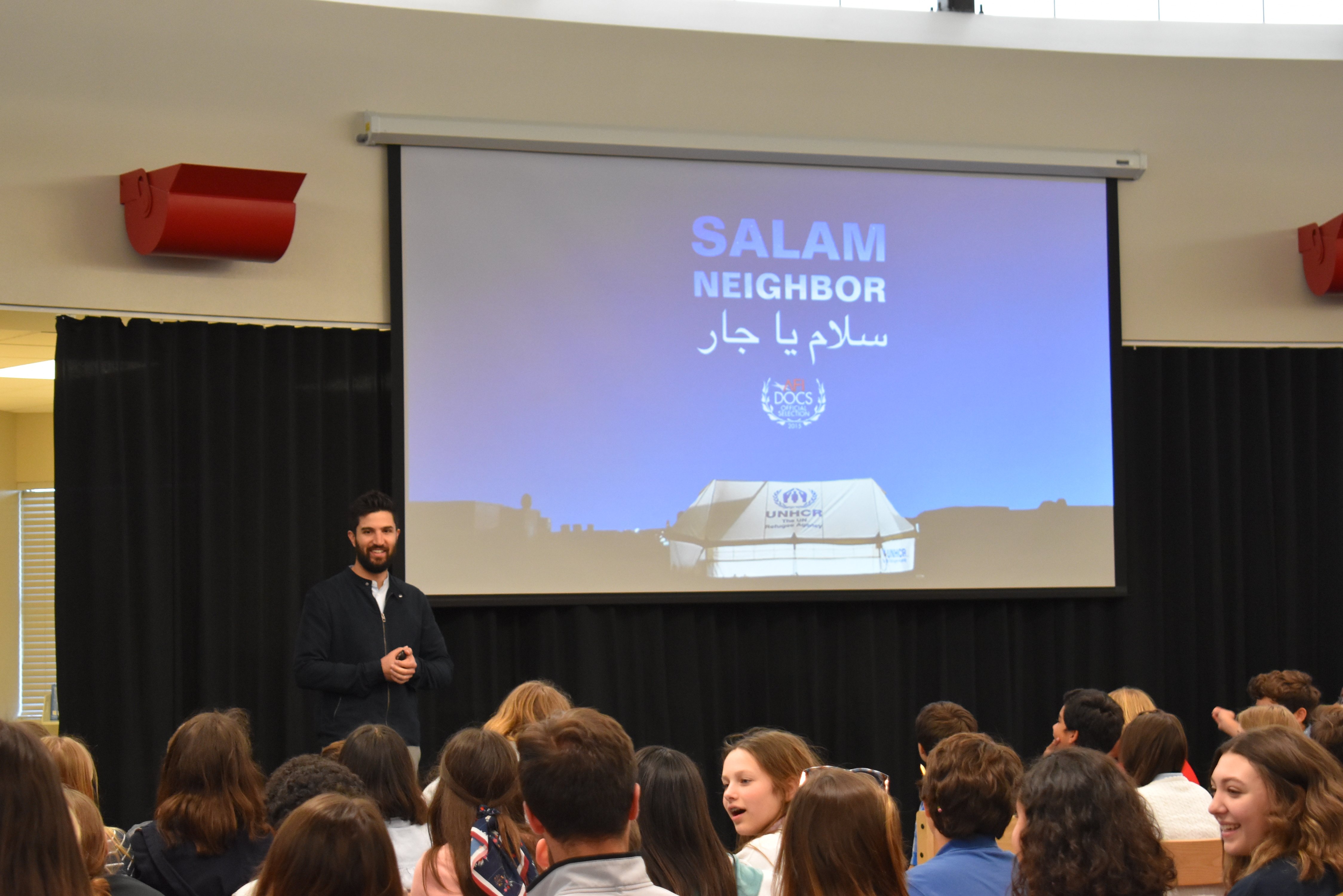 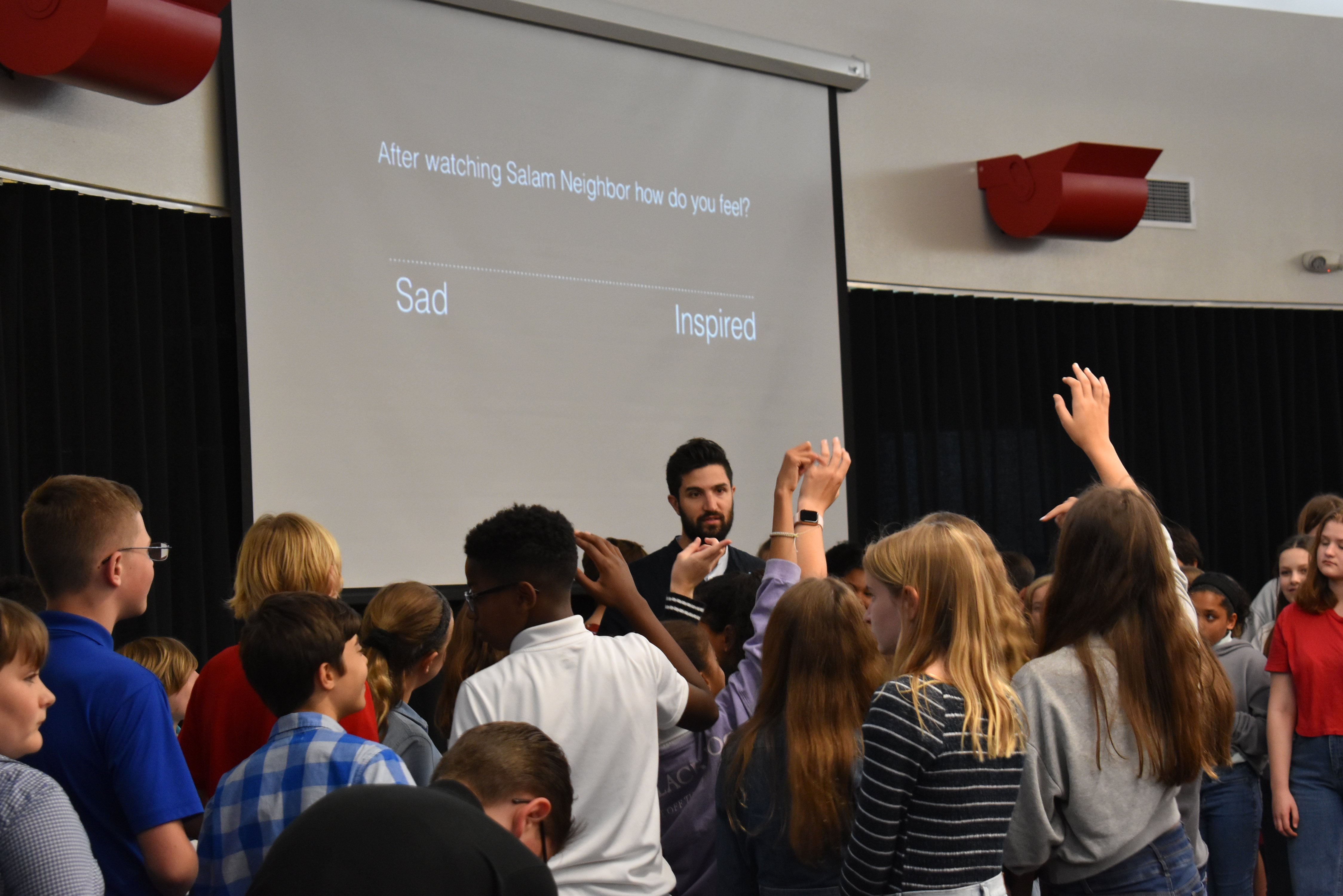 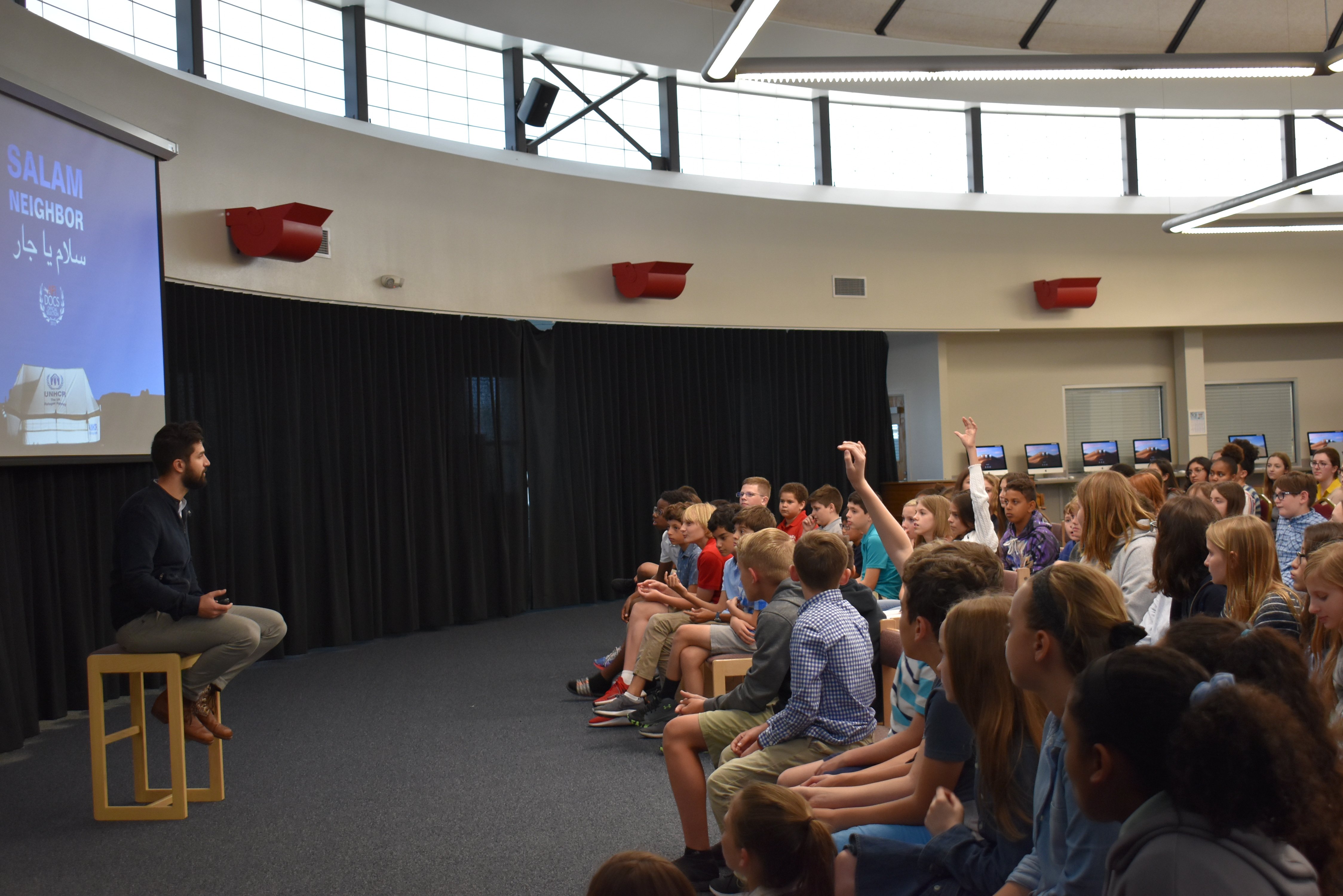