The Power of Play

By Laura Bridges-Pereira, Spanish and French teacher May 18, 2021 No Comments

This blog was co-written by Laura Bridges-Pereira, Kerri Grosso and Kimmy Sanford,
all Middle School teachers who created these games.

Play (verb) -  To engage in sport or recreation; to move aimlessly about; to toy or fiddle around with something; to deal in a light, speculative, or sportive manner - Merriam Webster.

Come on, Merriam-Webster! We need a better definition than that! We know by now about the power of play, thus, the definition should be fitting. According to the American Association of Pediatrics play is essential to the cognitive, physical, social and emotional well being of children and youth (we venture to add adults as well). Play also allows children and youth to explore adult roles, learn to work in groups, develop negotiation skills, resolve conflicts and much more. Why then, does play sound so light and frivolous when considered by most students and adults?

To combat this, a group of us Middle School teachers got together to develop and design the Middle School Games, Pirate Games, Global Games, and Escape Games. 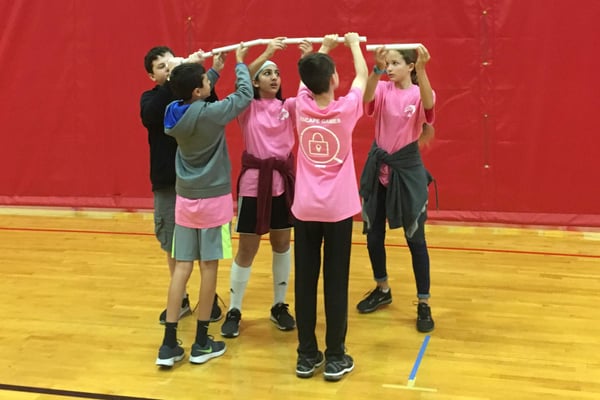 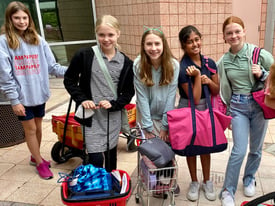 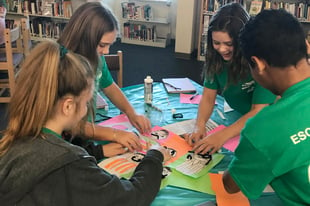 With all three games, we wanted to provide students with the opportunity to step into what are often considered adult roles:  negotiator, manager, developer, strategist, designer, leader, collaborator. The name “game,” like the word “play,” however, is not taken as seriously as it should be, perhaps even scoffed at by some. Yes, games are fun, and this should certainly be the foremost association in one’s mind when considering play and games. However, think of the seriousness and importance of games in our world and history.

The ancient Greeks played and competed in games at their Olympics, started in 776 BC. They were so serious about their games that in 480 BC the Greek states struggled to put together an army because so many Greeks wanted to attend the Olympics. They had to wait until after the Olympics to defend against the Persians! Cease-fires were often called between the Greek states to take time off for the Olympics!

The ancient Maya had courts for playing a ball game in most of their cities. The game is reputed to have religious, social, and political significance and sometimes could be used to resolve conflicts between cities. This game was so important that it appears in their creation story, the Popol Vuh.

And this is only the beginning. Think of all the other the games that have survived millenia: mancala, chess, backgammon and senet. These games were not just played for fun, but as ways to train strategy and habits of mind, like focus, prediction, flexibility and more. If humanity has been playing and valuing games for so long, why don’t we view them as valuable and important today? Why does the word “play” often evoke ideas of folly and mindless delight (though these are also great)?  Many studies even show that your brain functionality improves--and perhaps blood pressure lowers and immune systems get a boost--from playing board games with friends and family (due to laughter).

While the faculty watched these Middle School Games unfold over the past three years, each year we, the Game Makers (a title Ms. Grosso, Mrs. Sanford and myself really cherish) saw students deeply engaged in negotiating, strategizing, leading, creating, planning, collaborating and more. 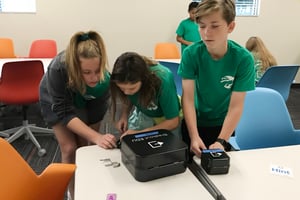 These are skills that we know are valuable and sought after by universities and employers alike. For some students the games seemed like a natural role to step into. The students' comfort level with negotiating, listening to others, collaborating, sharing ideas and brainstorming was elevated. For others, these tasks were a greater step beyond their comfort zone. Nonetheless, the value was there for all students alike. Those students who already possessed some of these skills which we value as a school, had an opportunity to fine tune and identify areas in need of improvement. Their classmates, meanwhile, learned from their teammates’ strengths, reflected on their own successes and failures throughout the two days, and started to hone those skills to soon call their own.

Play is a wonderful thing. Games will continue to delight humans until the end of time (and we hope our Middle School Games will as well). Perhaps these Middle School Games are helping students and adults alike to redefine their perception of play and games. So the next time you look in the Merriam Webster dictionary at the definition of play, maybe you will see something more like this: